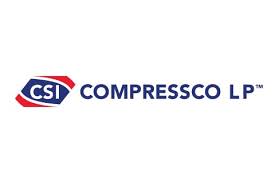 Despite posting a $2.9 million net loss for the second quarter of 2019, Houston’s CSI Compressco LP remains optimistic that the company is headed in the right direction as revenue increased sequentially by 31 percent, according to a company press release.

What does leadership have to say about the improvements?

“The second quarter was our strongest sequential improvement in quarterly earnings since the downturn,” said Brady Murphy, Interim President of CSI Compressco. “We achieved several record highs, driven by continued and consistent improvements in compression services, aftermarket services and new unit sales.  Adjusted EBITDA increased sequentially by 22 percent and was the highest Adjusted EBITDA since the fourth quarter of 2014.”

Aftermarket services revenue of $18.2 million increased $4.6 million sequentially, or 34 percent, due to the timing of major overhaul completions of customers’ equipment during the quarter.

“Our aftermarket services and equipment sales businesses experienced a strong rebound in the second quarter, consistent with our expectations,” said Murphy.