ONE GAS director also named to Denver energy company’s board 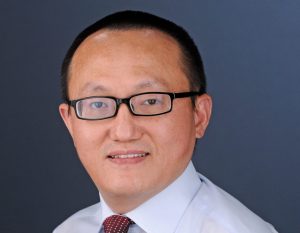 The Chinese national charged with stealing nearly $1 billion in technology from the Phillips 66 research center in Bartlesville isn’t the only foreign national facing such charges in the Oklahoma and Kansas region.

A  researcher at the University of Kansas was indicted Wednesday on federal charges of hiding the fact that he was working full time for a Chinese university while doing research at KU funded by the U.S. government according to the Lawrence Journal World.

The Lawrence researcher, Feng “Franklin” Tao, 47, an associate professor at KU’s Center for Environmentally Beneficial Catalysis (CEBC), is charged with one count of wire fraud and three counts of program fraud, according to a news release from the Department of Justice. He was employed since August 2014 by the CEBC, whose mission is to conduct research on sustainable technology to conserve natural resources and energy.

“Tao is alleged to have defrauded the U.S. government by unlawfully receiving federal grant money at the same time that he was employed and paid by a Chinese research university — a fact that he hid from his university and federal agencies,” John Demers, Assistant Attorney General for National Security, said in the release. “Any potential conflicts of commitment by a researcher must be disclosed as required by law and university policies. The Department will continue to pursue any unlawful failure to do so.”

The indictment alleges that in May 2018 Tao signed a five-year contract with Fuzhou University in China that designated him as a Changjiang Scholar Distinguished Professor. The contract required him to be a full-time employee of the Chinese university. While Tao was under contract with Fuzhou University, he was conducting research at KU that was funded through two U.S. Department of Energy contracts and four National Science Foundation contracts.

Kansas Board of Regents’ policy requires staff to file an annual conflict of interest report. In Tao’s reports to KU, he falsely claimed to have no conflicts of interest, according to the news release. The indictment alleges that he fraudulently received more than $37,000 in salary paid for by the Department of Energy and the National Science Foundation.

The Federal Bureau of Investigation conducted an investigation Tuesday at a KU research complex in west Lawrence and was also at Tao’s home.

The FBI was investigating at the university’s Life Sciences Research Laboratories complex, at 1501 Wakarusa Drive, where Tao has an office. A Journal-World reporter observed members of the KU Public Safety Office and a deputy general counsel with KU’s Office of the General Counsel at the site, along with a large black van which appeared to be a mobile crime lab, with its engine running.

Earlier Tuesday, a similar van, along with a contingent of people wearing FBI-branded uniforms, had been in the driveway of a home in the 4500 block of Cedar Ridge Court, where Tao lives.

When a Journal-World reporter went to the home Tuesday afternoon, Tao’s wife confirmed that he was in the house, but did not make him available. When asked why there were FBI agents at his office and at their home on Tuesday, she said she had no comment.

Bridget Patton, a spokeswoman for the FBI’s Kansas City, Mo., office, confirmed Tuesday that the FBI was on KU’s campus for an investigation. She said the Lawrence Police Department assisted in the investigation.

After the indictment was revealed Wednesday, KU Chancellor Douglas Girod released a written message to the university announcing that “one of our faculty members” had been placed on paid administrative leave.

“We take these allegations very seriously. We learned of this potential criminal activity this spring, and we reported it to authorities and have cooperated with the ongoing investigation,” Girod said.

In the message, Girod also emphasized KU’s policies that attempt to reduce such incidents.

“We remain vigilant in our own internal efforts to maintain the integrity and security of our research, including the research we undertake on behalf of federal research granting agencies and, ultimately, U.S. taxpayers,” he said.

In Oklahoma, Hongjin Tan faces a Sept. 16, 2019 trial in U.S. District court in Tulsa where he is charged with stealing hundreds of files related to his research in large-scale energy storage projects. After coming to the U.S. in 2006 and obtaining a PhD in Materials Science, he worked at the Jet Propulsion Laboratory, Contour Energy Systems and Liox Power before going to work with Phillips 66 as a staff scientist.

Tan was arrested last December following his resignation at the laboratory in northern Oklahoma. He has remained in jail since.