Devon scores big on 3 multi-well paid sites in STACK bringing in more than 8,000 barrels a day 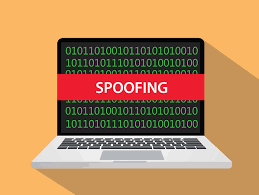 FCC Chairman Ajit Pai originally proposed the rules to the commission in July following the recommendations of a bipartisan coalition of 42 state attorneys general, including Attorney General Hunter, in May.

The rules will also give the FCC the authority to bring enforcement actions against those sending the fraudulent text messages and making the falsely identified calls from overseas.

“During our recent meeting, Chairman Pai said his top consumer protection priority was combatting unlawful robocalls and caller ID spoofing,” Attorney General Hunter said. “Thanks to his leadership and action taken by the FCC, progress is being made in our fight to combat these crimes that are causing real harm to Americans. These latest measures will close loopholes in the Truth in Caller ID Act and give law enforcement the ability to go after the criminals who are preying on consumers. My office remains dedicated to assisting our federal partners on this front to end these scams and better protect Oklahomans.”

According to the FCC, the scam involves fraudsters working in overseas call centers pretending to call from trusted organizations and using pressure tactics to deceive and defraud American consumers of money and personal information. Caller ID spoofing is used in these cases by the scammers to make their phone number appear to match the organization they are pretending to represent.

In the first six months of this year, the FCC has received more than 35,000 complaints about caller ID spoofing.