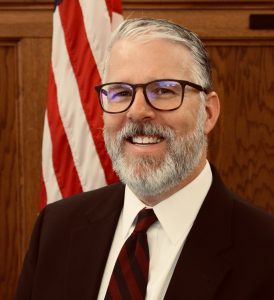 The Oklahoma Workers’ Compensation Commission gets a new Administrative Law Judge who will handle cases filed by injured energy workers and others in the state.

Attorney John Blodgett has been named to the position of ALJ effective Sept. 3, 2019.

He will be filling a newly created ALJ position in Oklahoma City. He will report to Chief ALJ Shane Curtain and the three Commissioners of the WCC.

The WCC currently employs five administrative Law Judges and administered over 7,900 cases in 2018.

Blodgett will begin hearing workers’ compensation cases in Oklahoma City as a part of his duties with the WCC.

Chairman Mark Liotta said, “We look forward to having John join our team here at our Oklahoma City offices. We continuously review our case volume, and it was clear knew we could improve our service to the people of Oklahoma by adding another ALJ position. He has the right experience and the right temperament to fill that position.”

John will be leaving his position at the law offices of R. Ted Leslie, PLLC when he joins the WCC in September. For the last ten years John has focused his career on workers’ compensation law, representing respondents in workers’ comp cases as well as having some limited experience representing claimants.