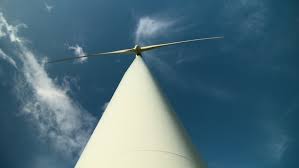 A new  government study suggests the push for taller wind turbines might not be so rapid in Oklahoma and other strong wind farm states.

The study by the National Renewable Energy Laboratory of the U.S. Energy Department found that most wind-rich regions of the country generally show an economic preference for the lowest considered tower height. The study was titled “Increasing Wind Turbine Tower Heights: Opportunities and Challenges.”

Most wind turbines in Oklahoma, Texas and the Midwest range in height from 330 to 420 feet. But the push in other parts of the country that are not “wind-rich” is for higher turbines reaching 480 feet in height.

“Higher hub heights are often preferred in more moderate wind speed regions,” concluded the scientists who carried out the study of the challenges and potential connected with increased wind turbine tower heights.

There are other factors to consider such as installation of higher capacity turbines and the cost of those turbines.

The study found that reducing the cost of realizing taller towers is critical to capturing the value of higher wind speeds at higher above ground levels.

It also concluded that larger wind turbines tend to have an economic advantage for tall tower applications and offer additional cost saving potential.

“Although there are clear advantages and disadvantages to each known concept, the future design of tall wind turbine towers remains to be determined,” concluded the scientists who wrote the study.