Solar power in Oklahoma to be studied by Senate committee 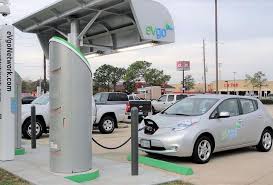 While federal tax subsidies for the electric vehicle industry might be in trouble with a top Senate committee, there is growing support for subsidies related to the industry.

POLITICO’s Morning Energy Report indicated the support might come out of a bill being shaped by Republicans and Democrats.

The top Republican and Democrat on the Environment and Public Works Committee are still barreling toward a markup of surface transportation legislation Aug. 1 in committee and both indicated Monday they expect significant investment in electric vehicle charging infrastructure would be part of the package. Chairman John Barrasso, who has called for ending tax breaks for electric vehicles, said that he favored more funding for charging infrastructure. “If you have an established market, you need infrastructure so it can be used but it doesn’t need more tax subsidies to subsidize the purchase of those vehicles,” Barrasso told reporters, while also calling for “some sort of user’s fee for the wear and tear that are produced by those vehicles.” He said the EV investments would be greater than Congress had dedicated “previously” to the evolving market.

Barrasso said he and ranking member Tom Carper communicated over the weekend on the bill, which he said also “contains some of the streamlining of regulations to make it easier so you can do projects better and faster and cheaper and smarter.” Carper told reporters he expected the measure to be unveiled July 29 ahead of an Aug. 1 markup. “We have not locked down every single item but huge progress has been made,” the Delaware Democrat said.

Other climate measures? It’s possible, Carper said, naming additional funds for EV charging as a top priority. “If you compared where we started off to where we’ve come, we’ve come a long ways,” Carper said of climate-related provisions. “We aren’t quite where we want to be but good progress has been made.”