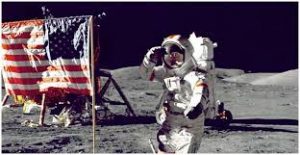 With the 50th anniversary of the U.S. putting a man on the moon, one Oklahoma City museum plans to be a part of the celebration.

Science Museum Oklahoma is celebrating the 50th anniversary of the moon landing and Oklahoma’s connections to the space program this summer with special exhibits, an exclusive show in the Kirkpatrick Planetarium and hands-on science experiences culminating with celebratory anniversary events from 10 a.m. to 2 p.m. on July 20.

“Oklahoma has a unique connection to the exploration of the final frontier — we’re the only state that can claim astronaut participation in every phase of the U.S. space program and many more Oklahomans were involved in propelling space exploration forward as scientists and engineers. We’re taking a look back at that special history in many ways this summer,” said Sherry Marshall, president and CEO of SMO. 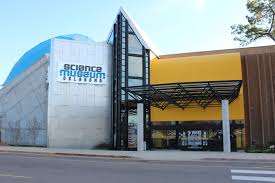 “Destination Space is packed with remarkable artifacts – from real space suits to an Apollo Mission Simulator. Elsewhere in the museum guests can see F-1 and J-2 engines and get a real feel for the size and power of the rockets that launched astronauts into space and ultimately to the moon,” Marshall added.

In the Kirkpatrick Planetarium, guests can take in “Apollo 11: For All Mankind” at noon Monday through Saturday and 2 p.m. on Sundays through Labor Day. Included with general admission, this brand new show is exclusive to Science Museum Oklahoma and cannot be seen anywhere else.

“‘Apollo 11: For All Mankind’ traces the beginnings of space exploration up to and through the accomplishments of NASA’s Apollo moon program — it examines the legacy of Apollo, our first steps into another world, and the impact Apollo has had on space exploration as we look to Mars and beyond,” said Tom Arnold, director of the Kirkpatrick Planetarium.

From 10 a.m. to 2 p.m. on Saturday, July 20, the anniversary of the moon landing, guests can launch rockets, experiment with centripetal force, try SMO’s hovercraft and more as the museum celebrates 50 years since Neil Armstrong’s “one small step.” All activities are included with general admission.