Oil and gas lost workers in June while Oklahoma jobless rate remained at 3.2%

Governor’s annual water conference to be held in December 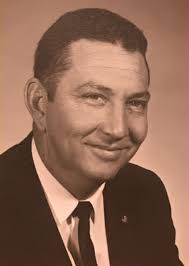 Former Oklahoma Corporation Commissioner Jim Townsend  died on July 18, 2019.  He was 91 and lived in Shawnee.

Townsend spent  35 years as a locomotive fireman and engineer for the Rock Island Railroad. He was also elected to the Oklahoma House of Representatives and served from 1964 to 1980 and was the Majority Flood Leader from  1975 to 1978. He later became an employee of the Oklahoma Department of Transportation before being elected Corporation Commissioner on the Democratic ticket in the 1982 elections.

Townsend spent 9 years as a Corporation Commissioner before he was defeated by Republican J.C. Watts.

A memorial service will be held Tuesday, July 23 at 2 p.m. at the Bethel Acres Assembly.