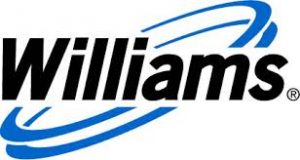 Tulsa’s Williams Cos. says it will answer the environmental concerns raised by New Jersey regulators who rejected the company’s plans for its $1 billion Northeast Supply Enhancement project to carry natural gas to New York City.

The New Jersey Department of Environmental Protection denied the firm’s application on Wednesday for water quality certification. The permit is needed for Williams to build the pipeline under the ocean from New Jersey to New York. Regulators felt it could “adversely impact surface water quality.”

“We believe that we can be responsive to the issues raised by the agency and intend to resubmit the application … in a timely manner to maintain the customer’s in-service date requirement,” Williams said in a statement following the New Jersey rejection. 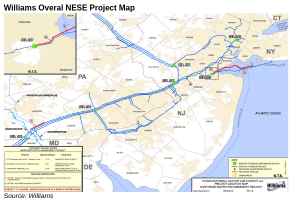 The customer is National Grid Plc, which is the biggest distributor of gas in the Northeast. National Grid is continuing to accept applications for homes and businesses who want to convert from heating fuel to natural gas.

“We remain cautiously optimistic (NESE) will proceed on schedule and be in service for Brooklyn, Queens and Long Island customers by the winter of 20/21,” National Grid said in a statement.

National Grid, which serves about 1.8 million customers in Brooklyn, Queens, Staten Island and Long Island, has said it was converting about 8,000 of those customers per year to gas from heating oil.

But without NESE, the utility says it will not have access to enough gas to keep converting customers. Consumers want to convert from oil to gas to heat their homes because gas is cheaper and cleaner than oil.

New York made the same denial in May but Williams quickly responded by stating that it would make changes to meet the demands of the New York Department of Environmental Conversation.

Williams wants to get the project approved and construction finished by the winter of 2020/2021. But politicians in the two states want utilities such as Williams to invest more in renewable power rather than fossil fuel projects.

In March, another New York utility, Consolidated Edison Inc, imposed a moratorium on new gas customers in Westchester County due to a lack of new pipeline infrastructure. Westchester is located north of New York City.