Lawsuit filed over lesser prairie chickens in Oklahoma and other states

Which military installations are at risk from climate change? 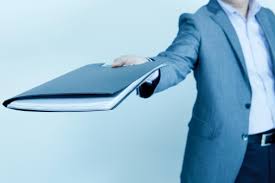 A new report prepared for the U.S. Senate Armed Services Committee lays out which military installations in the U.S. are most vulnerable to climate change.  None are in Oklahoma but there are some in Texas, New Mexico and Colorado.

California and Florida each have eight threatened installations according to a report from the Government Accountability Office which also found that many are moving too slowly in preparing for the effects of climate change.

Of the U.S. Army posts at risk, one is Fort Bliss, Texas. Another is the White Sands Missile Range in New Mexico. The Pueblo Chemical Depot in Colorado is on the Army list according to a report by the online news service Defense One.

The report was supposed to have been prepared six months ago but wasn’t made available to the Senate Armed Services Committee until Wednesday. The Committee is chaired by Oklahoma U.S. Sen. Jim Inhofe.