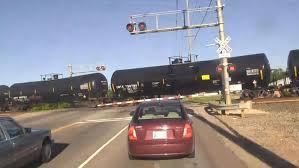 A new law giving law enforcement officers the power to issue citations to railway companies for blocking street intersections will be taken up June 20 by the Oklahoma Corporation Commission.

House Bill 2472 was signed into law last month by Gov. Kevin Stitt and it carries up to a $1,000 fine for a train operator to block a street intersection for a period longer than 10 minutes. The new law will take effect Nov. 1 of this year.

Corporation Commissioners will take comments and vote on a Proposed Emergency rule on Thursday as part of the new law.

Under the law, whenever any law officer files such an enforcement action against a railway operator,  it will be with the Corporation Commission’s court clerk.

Any enforcement action must be filed within one calendar year from the state of the alleged violation and according to the proposed emergency rules, if there is an untimely filed action, it will be dismissed.