Flooding will keep barge traffic down at Tulsa Port of Catoosa

Oil and the financing of radio in Oklahoma 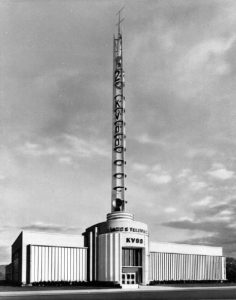 Oil has a long history of helping finance and develop a lot of businesses in Oklahoma and one of those industries is “radio.”

There is a rich history of oil and gas companies either acquiring radio stations in the state or carrying out nationwide advertising on radio networks.

When he worked for the Oklahoma History Center, Michael Dean compiled a list of radio stations and their connections to oil.

Cities Service, formerly the Indian Territory Illuminating Oil company which drilled the Seminole Field in 1926 started the Cities Service Orchestra in 1927 on the NBC Red Network, then NBC.  The show featured Jessica Dragonette as singer and conductor Rosario Bourdon.

Cities Service continued financing the program until 1956 and was one of the longest running programs on network radio.

Two giants in radio, KVOO in Tulsa and WKY in Oklahoma City had direct links to oil.

Harold Stuart was the son-in-law of William G. Skelly and bought KVOO radio in 1928 when it wsa being moved from Bristow to Tulsa. Skelly of course was the founder and CEO of Skelly Oil Company.

KVOO was created in 1924 by Bristow millionaire E.H. Rollestone who boosted power to 5,000 watts in 1926 and officially declared the call letters to KVOO, the “Voice of Oklahoma.”

As for WKY, newspaper magnate E.K. Gaylor, founder of The Oklahoman,  bought the station in 1928, but only after he had been assured that oil would be discovered in Oklahoma County.

WKY was owned by the Gaylord family until 2002 when the station was sold to Citadel Broadcasting. At one time, WKY studios were in the Skirvin Hotel in downtown Oklahoma City. The station was originally created in 1920 by Earl Hull who named it 5XT and ran it out of his garage near Oklahoma City’s Pack Town.

Herbert Hiram Champlin, founder of Champlin Refining Company in Enid bought KGCB radio from the Wallace Radio institute in Oklahoma City in 1926, and moved it to northern Oklahoma. He also changed the call letters to KCRC and sold the station to the Enid Publishing Company. 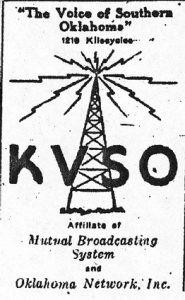 Ardmore’s KVSO has a connection to oil too.  It was west of Ardmore where the Healdton Field was hit in 1913, resulting in Ardmore becoming a center of “Independent Oilmen.” KVSO was formed in 1935.