Which military installations are at risk from climate change? 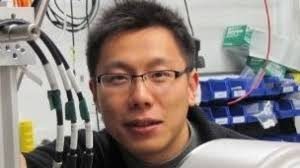 A new trial date has been set in Tulsa U.S. District Court for the 35-year old Chinese national arrested in January and charged with stealing trade secrets from Phillips 66 in Bartlesville.

U.S. District Judge Gregory K. Frizzell granted requests by attorneys for Hongjin Tan to continue the case from an original trial date of May 20. Federal prosecutors did not oppose setting a new trial date of July 22.

In approving the request, the judge noted that the defense counsel explains his expert witnesses would not be available for trial until the last two weeks of July.  Federal prosecutors had also not yet produced the results of forensic analyses that show the timing of the defendant’s access to alleged trade secret materials.

The FBI was notified in December 2018 by the company of suspected theft. The company found suspected theft after Tan gave two weeks notice and Phillips 66 officials began a systems access review of his computer activity.