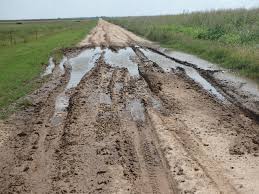 Pumpers, linesman, oilfield derrick hands and wind turbine technicians can no doubt attest to just how wet the month of May was in Oklahoma.

The Oklahoma Mesonet says it turned out to be the state’s fourth wettest month on record as the statewide average rainfall total was 10.48 inches. That’s 5.66 inches above normal.

State Climatologist Gary McManus also reported it was the third wettest May since records started in 1895. He said 24 National Weather Service sites broke their all-time rainfall mark for the month of May.

North Central Oklahoma had the highest average at 12.2 inches of rain which is 7.84 inches over normal. May turned out to be the wettest month on record for northern Oklahoma.

The National Weather Service also reported at least 61 tornadoes in the state in May, far more than the May average of 23.2 tornadoes.