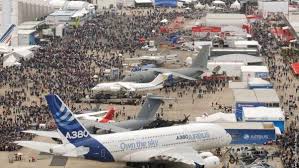 The foreign direct investment team with the Oklahoma Department of Commerce announced the state’s participation at the upcoming Paris Air Show taking place outside of Paris, France,
June 17-23, 2019.

“Aerospace and defense is our fastest growing industry. Since 2015, the Oklahoma Department of Commerce has assisted with business announcements from aerospace companies totaling more than 7,000 new jobs and more than $700,000,000 in planned capital investment,” said Gov. Stitt. “These
international air shows are the only place where I can meet with the CEOs of all major US and foreign aerospace companies in one place, over three days. I am looking forward to taking Oklahoma to the world at the Paris Air Show and letting global aerospace leaders know that our state is open for business.”

The Paris Air Show, along with the Farnborough International Airshow, which alternate taking place every other year, are the largest and longest-running aerospace trade shows in the world. The two shows are at the very heart of business developments in the global aerospace market, attracting over 150,000 aerospace executives and companies. The event features high-level C-Suite meetings with all the major aerospace companies in the world. 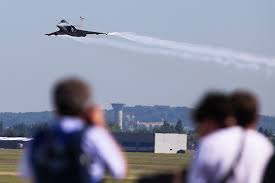 “By leading this delegation, Commerce helps Oklahoma companies attend the show who, without our support, would not be able to due to its cost,” said Kisling. “Through trade shows like this, we are opening doors for Oklahoma companies and helping them expand their trade potential.”

“Although this is the first time that MST Manufacturing will be attending the Paris Air Show, I am no stranger to the event,” said Kenneth Statton, MST Manufacturing. “I have attended this show with the Oklahoma Department of Commerce several times with my previous company and had extremely successful results each time. We are proud to represent our state’s aerospace industry and are confident our time will result in new business opportunities.”