Former FEMA director fails to pay back thousands to government 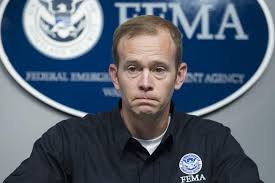 While FEMA’s been busy dealing with flood victims in Oklahoma in the past few months, its former administrator Brock Long is still facing criticism for not paying back thousands of dollars in unauthorized use of government vehicles.

A report by POLITICO shows he has returned only $2,716 of the $151,000 he spent for using government-funded Chevrolet Suburbans for weekend travel to his home in North Carolina. POLITICO broke the story last fall and Long agreed to reimburse the expenses. The amount he’s repaid is less than 2 percent of the total cost billed to taxpayers.

That’s because then-Homeland Security Secretary Kirstjen Nielsen, who oversaw FEMA, did not require Long to reimburse the government fully for his misuse of an expensive program.

Nielsen told Long in a Jan. 15 letter that the DHS chief financial officer “determined that the reimbursement amount calculated by the [Office of Inspector General] is in excess of the cost of providing personal transportation services, and would have required you to reimburse costs of the program execution unrelated to any personal benefit gained.”

The DHS inspector general, which conducted the ethics probe, concluded that Long’s unauthorized use of vehicles cost the government $94,000 in salary payments, $55,000 in travel expenses and $2,000 in vehicle costs. Government drivers frequently shuttled Long between family home in Hickory, N.C. and Charlotte Douglas International Airport, where he would fly to and from Washington.

On several occasions, drivers made the seven-hour trip directly to Hickory from Washington, the report said. Typically they were given overtime pay “despite spending the weekend in a hotel room.”

On another occasion, Long used government vehicles to transport his family from his home to the Charlotte airport, roughly an hour-long drive, for a trip to Hawaii. Although part of the trip was for official business, Long also used government drivers to ferry his family around the island, including to a Dole plantation and a volcano. (Long later gave the government a $309 check after staff questioned him about the expense.)

Long, in an interview with investigators, said the use of federal vehicles was necessary, describing his role in coordinating government disaster response as “Top Secret.” Pressed by investigators, Long “admitted there was no specific policy that required the vehicles to support him to fulfill [his] requirements,” the IG noted.