Flooding might have increased dangers of Tar Creek Superfund Site 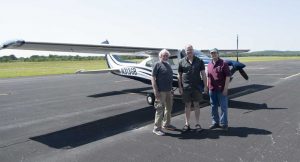 Environmentalists who have flown over the flooded regions of eastern Oklahoma say it appears that the flooding around Tar Creek is putting some residents in danger.

LEAD Agency and Waterkeeper Alliance made an aerial tour of the region and discovered flooded waste-water treatment plants and three coal-fired power plants. 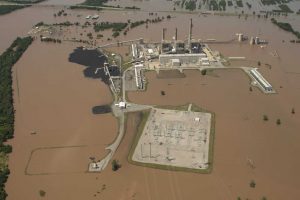 But the flooding of the Neosho River throughout northern Craig and Ottawa Counties had a major impact on the Tar Creek Superfund site. 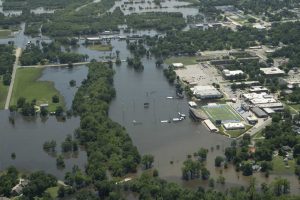 “The River and Tar Creek flooding is having a huge impact on the City of Miami,” said Hatley.

“Tar Creek flooding is once again making it possible for the deposition and sedimentation of toxic heavy metals in yards of homes and public areas as flood waters recede,” explained Rebecca Jim, Tar Creekkeeper and Executive Director of LEAD Agency, Inc. “Will EPA have to come back sometime and clean all this soil up again?” 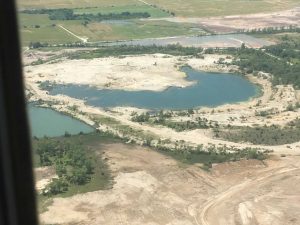 LEAD agency will attempt to take environmental samples when the floodwaters recede.

“Our purpose is to find out what toxic exposures may be possible to human health and the environment due to the recent flooding in the Grand River Watershed, as well as the longer term repercussions resulting from the event,” said Hatley.