Chicken industry maintains it is not a threat to environment 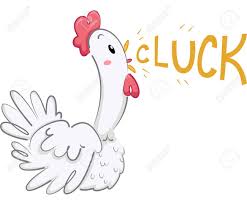 The expansion of the poultry operations in eastern Oklahoma led to claims in the past year of growing environmental problems. especially those along the Illinois River.

But now the National Chicken Council has released a survey contending that the industry has one of the lowest environmental footprints in animal agriculture, and that environmental knowledge by consumers is low.

Ron Hays of the Oklahoma Farm Report revealed the results of the survey this week. The survey contends that only 51% of those interviewed were “moderately knowledgeable” about the impact of the poultry industry on the environment.  another 71% were moderately knowledgeable about how the chicken put on their plates or served at fast-food restaurants is produced.

The report also maintained that knowledge about water use for the industry was low, at 20%, greenhouse gas emissions was 21% and knowledge of the water impact was only 19%.

Concerns over the impact of the environment by expanding poultry operations were raised last year by eastern Oklahoma residents.  Town hall meetings were held as residents feared their drinking water sources would be harmed by a spike in poultry permits filed with the Oklahoma Department of Agriculture.