Brownfield grants awarded to Tulsa and OKC for environmental cleanup 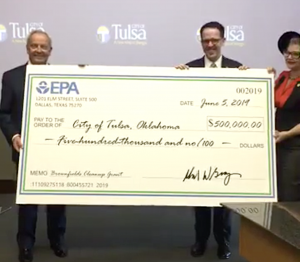 U.S. Sen. Jim Inhofe (R-Okla.), senior member of the Senate Committee on Environment and Public Works, praised the Environmental Protection Agency (EPA) for awarding grants to Brownfields sites in Tulsa and Oklahoma City. Senator Inhofe authored the legislation to reauthorize the Brownfields program, which was signed into law on March 22, 2018.

“The Brownfields program continues to prove itself a success in Oklahoma and across the country, which is why I authored and ensured passage of the bill reauthorizing the program last year. Brownfields grants have led to many positive outcomes across the state, including cleanup of the Mayo Hotel in downtown Tulsa and Bricktown in Oklahoma City. It is because of grants like those announced today that many formerly unusable sites are transformed, generating economic growth and revitalizing local economies. Congratulations to Tulsa and Oklahoma City—I look forward to seeing what new opportunities these sites will bring.”

“We are very grateful for this Brownfield cleanup grant from the Environmental Protection Agency and want to thank Senator Inhofe for his long-time support of this program,” Tulsa Mayor G.T. Bynum said. “Remediation of asbestos will make more of Air Force Plant 3 available for expansion and job creation. With Navistar, Spirit Aerosystems and Nordam, the tradition continues for Air Force Plant 3 as an important employment center in Tulsa.” 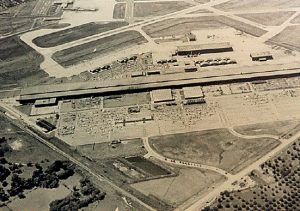 “The EPA Brownfields Assessment Grant will help us address environmental issues in OKC’s ‘Core to Shore’ area, which allows economic development in that area to continue,” said Oklahoma City Mayor David Holt. “We’re thankful to Senator Inhofe for his continued support of the EPA Brownfields program.”

Grants awarded by EPA’s Brownfield Program provide communities across the country with an opportunity to transform contaminated sites into community assets that attract jobs and achieve broader economic development outcomes while taking advantage of existing infrastructure. For example, Brownfields grants have been shown to:

One hundred and eight communities selected for grants this year have identified sites or targeted areas in census tracts designated as federal Opportunity Zones. An Opportunity Zone is an economically-distressed community where new investment, under certain conditions, may be eligible for preferential tax treatment.