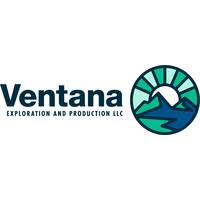 Oklahoma City-based Ventana Exploration and Production II recently received a new round of equity capital from an affiliate of Starwood Capital Group, Equity Group Investments and the Virginia Tech Foundation, according to a company press release issued on Monday.

Ventana is in the business of acquiring non-operated oil and gas interests in Oklahoma. To date, the company has participated in more than 500 wells in the STACK/SCOOP/MERGE plays of the Eastern Anadarko Basin in central Oklahoma. These three plays include multiple vertically stacked oil-prone reservoirs such as the Oswego, Springer, Meramec, Osage, Sycamore, and Woodford formations.

Since inception, Ventana has raised more than $150 million of equity capital and currently has over $100 million of dry powder to pursue acquisitions of non-operated working interests and minerals in Oklahoma.

Ventana launched its acquisition strategy in late-2016, originally targeting a portfolio of 5,000 acres by the end of 2020. The company achieved that goal nearly two years ahead of schedule.