Jones Energy to Emerge From Chapter 11 Bankruptcy by May 17 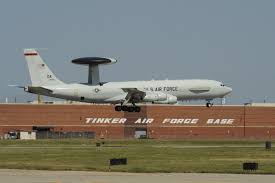 The Pentagon has updated the US Air Force bases that are most at-risk from climate change and one of them is Tinker Air Force base in Oklahoma City.

The Defense Department said Hill AFB in Utah faces the most danger. The updated list is based on such climate events as recurrent flooding, drought, desertification, wildfires and thawing permafrost, according to a report in Air Force Times.

Congress was notified of the original list in January but some members were critical of the report for not adequately addressing the threats.

The new list, which is broken down by the Departments of the Air Force, Army, and Navy, outlines current and potential threats, and finds there is a high threat—both now and in the future—of flooding, drought, desertification, and wildfires at Hill. 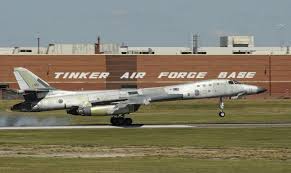 Using the weighted scale of the mentioned threats, these Air Force bases, including Tinker,  are more at-risk than all but Fort Hood, Texas, which also faces a high danger of current and future flooding, drought, and wildfires. The report does not list Tyndall AFB, Fla., which was nearly destroyed by a hurricane in October 2018. Even before the base could clear the debris, it was struck by a tornado, causing even more damage. Offutt AFB, Neb., also is excluded from the list, even though the base recently suffered from severe flooding.

The Air Force has said it will need nearly $5 billion in supplemental funding to rebuild the two bases, or else it will be forced to take that money from other mission areas, which will severely impact readiness.

The Navy’s most at-risk location is NAS Key West, Fla., with a current and future risk of recurrent flooding and drought.

The analysis was provided to Rep. Jim Langevin (D-R.I.), the chairman of the House Armed Services subcommittee on intelligence, emerging threats, and capabilities. In a statement, Langevin criticized the new analysis for not including overseas bases, and not even mentioning bases that have recently faced damage from natural disasters. It also does not propose solutions, he said.

“Most importantly, it continues to lack any assessment of the funds Congress will need to appropriate to mitigate the ever increasing risks to our service members,” Langevin said.