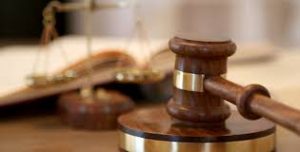 A federal court in Southern Texas gave a victory to those fighting the Obama administration’s push in 2015 to expand federal jurisdiction over small and isolated waters.

The court said the Environmental Protection Agency and the Army Corps of Engineers had violated requirements of fair process in the WOTUS or Waters of the U.S. rules. They failed to allow a public comment on a report that was the basis for the expansion.

The U.S. Court for the Southern District of Texas was the first court to make such a ruling in the lawfulness of WOTUS. The ruling came on a challenge by 17 groups and individuals who contended the expansion of federal jurisdiction was unlawful.

Despite the ruling, WOTUS is still technically in effect in Oklahoma and 21 other states. Other legal challenges to the rule are pending in other federal courts.
The Trump administration wants to repeal the rule and issue new regulations.