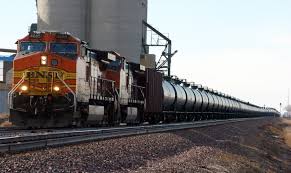 Six years after Richard Knight was killed when a BNSF train struck him in northern Oklahoma, a jury has awarded his family $9 million in a negligence lawsuit.

The Edmond man was killed at a BNSF railroad crossing on May 8, 2018. His family sued Burlington Northern Santa Fe in Pawnee County where the accident happened. The train struck Knight’s vehicle causing an explosion and fire.

The lawsuit contended the railway had been warned repeatedly about the limited sight distances at the crossing. Old BNSF buildings on railroad property were close to the tracks and hinired sight.

The suit pointed out there had been eight previous train crashes at the crossing before Knight was killed. After a two and one-half week trial, the jury concluded the railway company was negligent in Knight’s death and it amounted to reckless disregard for the safety of others.

The Knight family attorney explained what led to the negligence:

The jury found BNSF liable for negligence and also reckless indifference to the safety of others. The jury found that BNSF was 70% at fault and Mr. Knight 30% at fault.  The award of damages was $9 million, which after reduction of Mr. Knight’s 30% fault amounted to a net verdict of $6.3 million. There was a second phase of trial for punitive damages in which the jury reaffirmed BNSF’s reckless disregard for the safety of others.  After determining that BNSF was liable for punitive conduct the jury decided not to add any addition money damages to the verdict.