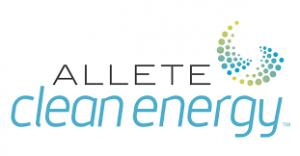 Minnesota-based ALLETE Inc. reported a jump in earnings and credited the growth to its renewable energy projects in Oklahoma, North Dakota and Montana.

The company held its annual meeting this week in Duluth where leaders say the earnings growth is supported by “seemingly limitless opportunities in the nation’s growing renewable energy sector.”

More than 900 people attended the 2019 Annual Meeting at the Duluth Entertainment Convention Center on Tuesday, where they elected 10 directors, approved compensation-related resolutions and ratified the selection of ALLETE’s accounting firm. After conducting business, they heard from ALLETE President Bethany Owen, Chairman and CEO Al Hodnik and two other company leaders.

Hodnik said a Goldman Sachs study of U.S. and Canadian energy companies ranked ALLETE the second-largest investor in wind and solar energy relative to those companies’ market capitalizations. The ranking is up from fourth-largest one year ago. He said ALLETE’s recent $270 million sale of U.S. Water Services provided an influx of cash that already is being redeployed into more renewable energy investments.

“In the next two years we’ll add about 500 megawatts of wind capacity at three projects, serving five new customer contracts, including developing the largest wind farm in our portfolio,” he said. “These investments will more than double ALLETE Clean Energy’s total wind capacity, bringing us to more than 1,000 megawatts. This growth demonstrates the potency of our strategy that is paying off for our customers and for ALLETE shareholders.”