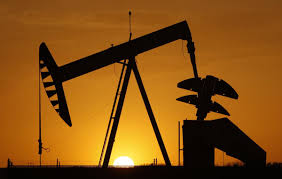 Gross production taxes on oil and gas increased nearly 32 percent in April from a year ago helping boost gross receipts to the Oklahoma Treasury to a record high. But they slipped from March 2019 collections, another sign of the impact that stagnant oil and gas prices are having on the economy.

State Treasurer Randy McDaniel said it’s another demonstration that the Oklahoma economy has continued to expand. 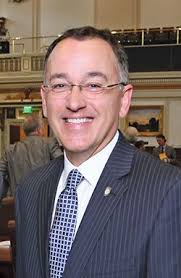 Taxes on oil and gas generated $79.8 million in April, an increase of $19.2 million or 31.6 percent from April 2018. However, the April collections were also down compared to March 2019.  The April revenue from oil and gas dropped $16.4 million or 17.1 percent. The April collections were also the lowest monthly total since taxes on production were increased last year by the legislature. The previous low was $96.2 million in March.

Reports on total state revenue collections in April and over the past 12 months show growth of more than 12 percent, McDaniel said. Monthly receipts have exceeded collections from the same month of the prior year for 25 consecutive months and cumulative 12-month receipts have now topped more than $13.4 billion.

However, McDaniel said that while lagging economic indicators such as gross receipts and unemployment reports show expansion has occurred, a few leading indicators point to a potential slowdown in economic activity.

McDaniel specifically referenced the Oklahoma Business Conditions Index, compiled by the Creighton Economic Forecasting Group, and the Leading Index for Oklahoma, from the Federal Reserve Bank of Philadelphia. Both indexes are respected predictors of future economic activity.

The Creighton report for April dipped below growth neutral for the first time in 21 months, falling to 48.6 from 53.9 in March. Numbers below 50 show anticipated economic contraction and include measures of new orders, production and sales, delivery lead time, inventories and employment.

The Federal Reserve’s Oklahoma index for February dropped into negative territory for the first time in more than three years, but did rebound slightly in the latest report from March 2019. The index considers state-level housing permits, initial unemployment insurance claims, and delivery times from the Institute for Supply Management manufacturing survey, among other factors.

The largest amount, $26.3 million, came from the increase in the incentive tax rate on oil and natural gas gross production. Higher tax rates on gasoline and diesel fuel generated $7.5 million, and the $1 per pack hike in cigarette taxes added $13.3 million to the April total.

Gross income tax collections, a combination of individual and corporate income taxes, generated $820.2 million, an increase of $111 million, or 15.7 percent, from the previous April.

Sales tax collections, including remittances on behalf of cities and counties, total $415.6 million in April. That is $5 million, or 1.2 percent, more than April 2018.

Other collections, consisting of about 60 different sources including use taxes, along with taxes on fuel, tobacco, and alcoholic beverages, produced $194.8 million during the month. That is $34.4 million, or 21.4 percent, more than last April.

Gross income taxes generated $4.6 billion for the period, reflecting an increase of $339.6 million, or 8 percent, from the prior 12 months.

Oil and gas gross production tax collections brought in $1.1 billion during the 12 months, up by $471.1 million, or 73.8 percent, from the previous period.

Motor vehicle collections total $791 million for the period. This is an increase of $25 million, or 3.3 percent, from the trailing period.