Employment remains steady in Oklahoma but not in the oil patch

Oil and gas rig counts dropped nationally and in Oklahoma 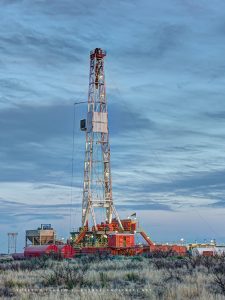 The oil and gas rig counts in Oklahoma and the nation slipped in the past week.  Oklahoma’s count dropped one to 103 while the national count also fell by one to 987.

A year ago, there were 138 oil and gas rigs actively pursing new energy in Oklahoma.

Nationally, the count this past week included a drop of 3 oil rigs to 802 while the number of gas rigs grew by two to reach 185. The U.S. rig count is down 59 from one year ago when there were 1,046 rigs according to figures from Baker Hughes Co.

Oklahoma’s count compares to 482 in Texas which was a drop of three over the past week. Kansas dropped one to 27 according to the Red Top Rig Report published by the Independent Oil and Gas Service in Wichita.

New Mexico added one to reach 103, the same as Oklahoma. Colorado remained at 33 while Louisiana added two to reach 63. North Dakota’s count stayed at 56 while the count in Wyoming grew by 3 to reach 33.

Of the oil plays in Oklahoma, the Mississippian remained at 6 while the Granite Wash dropped one to 7. The Woodfords remained at 8.

The Permian Basin in Texas and New Mexico dropped three to 454 while the Williston in North Dakota stayed at 56. The D-J Basin in northern Colorado grew by one to reach 30. The Eagle Ford in South Texas remained at 74.