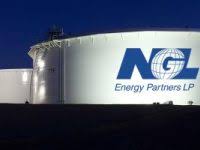 Tulsa-based NGL Energy Partners LP announced it has redeemed more than 12 million of the remaining issued and outstanding 10.75 percent Class A Convertible Preferred Units in a deal totaling $165 million.

The company said the $165.1 million redemption involved 12,473,191 of the units at a price of $13.2385 per unit. The redemption was financed through borrowings on the Partnership’s revolving credit facility. The company said it anticipates annualized cost of capital savings based on current borrowing rates of nearly $9 million.

“NGL is pleased to have partnered with Oaktree over the past three years, including the participation of Jared Parker on our Board of Directors,” stated Mike Krimbill, NGL’s CEO. “The original equity contribution from funds managed by Oaktree Capital Management, L.P. (“Oaktree”) in 2016 helped provide the capital required to complete our Grand Mesa Pipeline and manage a very challenging industry cycle. We appreciate the partnership with the Oaktree team and look forward to future opportunities for our firms to work together.”

As a result of the full redemption of the Class A Preferred Units, Oaktree will no longer hold Board representation rights and NGL has accepted Jared Parker’s resignation from the Board of Directors of the Partnership’s General Partner. Parker was the co-portfolio manager of Oaktree’s Infrastructure Investigating strategy.