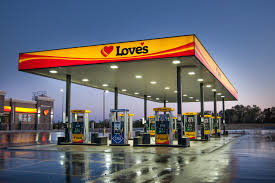 Following a drop in U.S. crude inventories in the past week, gasoline prices in Oklahoma and the region have slipped too. Oklahoma’s average is down about 4 cents a gallon to $2.56 compared to this week’s national average of $2.86 per gallon, according to AAA Oklahoma. The national average also fell about 4 cents.

The highest average in the state is $2.85 a gallon in Harmon county in the southwest while Ellis County has an average of $2.83 and the average in Beaver county is $2.79.

The lowest prices in the state are in Nowata county in the northeast where the average is $2.42 per gallon. Prices in Tulsa County average $2.44 while drivers in Oklahoma County pay an average $2.47 for gasoline.

“Relief at the pump has indeed begun across the country with a majority of states seeing average prices decline versus a week ago, giving solid evidence the worst is likely behind us,” said Patrick DeHaan, head of petroleum analysis for GasBuddy. “However, the potential lightning rod of a U.S./China trade deal is perhaps the only prospect that could bring a return to higher prices. For now, just a dozen or so states saw prices rising while most moved lower, including California, but some pain may linger in Washington and Oregon where supply remains tight and prices high. ”

He said his organization plans to watch for refinery utilization rates to increase this week in a new report to come from the Energy Information Administration.

“— it will be a critical data point on where and when more relief arrives. For most Americans, I think we’ll slowly all join in on the falling prices and by June, the national average may stand 5-20 cents lower than today, provided there’s no trade deal with the U.S. and China, whereas a trade deal could lead to a second hurrah at the pump.”