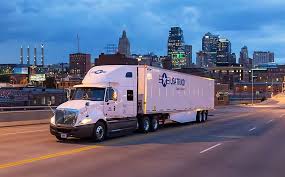 The longtime chairman of USA Truck, Inc. based in Van Buren, Arkansas died over the weekend.

Robert A. Peiser had just retired from the Board of Directors when he died at the age of 70. He had been on the board since 2014.

“It is with a heavy heart that we share the news of Bob’s passing Wednesday night. He was an inspirational leader and fierce advocate for USA Truck – unmistakably direct, intensely competitive and a tough but reasonable business person who balanced that toughness with incredible humor and compassion.

“Bob was the consummate professional and best board member I ever met. He was unflappable and even tempered in tense situations and unmatched in his logic and reasoning – he saw clearly among ambiguity and confusion – it was his ‘Jedi skill.’”

Mr. Peiser served professionally in a variety of roles including as the Chief Executive Officer and Chairman of the Board of Omniflight Helicopters, Inc.; President, CEO and a Director of Imperial Sugar Company; and as Chief Financial Officer of Trans World Airlines.

Mr. Peiser graduated with an Economics Degree from The University of Pennsylvania and an MBA from Harvard Business School. He served on a number of public and private boards and was passionate about the Houston Symphony, the Texans, and his beloved Astros. He is survived by his wife, Nancy; four children: Karyn Saxon (Todd), Brian Peiser (Lisa), Craig Peiser (Stacey), Scott Peiser (Whitney); 8 grandchildren: Jenna (13), Annabelle (10), Sophia (13), Alex (11), Ava (9), Vivienne (9), Hunter (10), and Sydney (8); and 2 step sons: Walter Heap and Edward Heap.