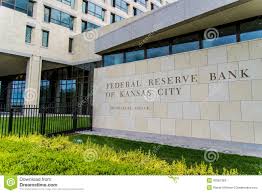 A recent release from the Oklahoma City Branch of the Federal Reserve Bank of Kansas City showed moderate improvements in the district’s economy in April.

Activity had dropped in March but the report indicated that most month-over-month indexes rose showing improvements in revenue and sales, employment and inventories.

The report indicated the general revenue/sales index increased considerably in April, driven by expansion across most industries, but especially retail and transportation activity.

This month contacts were asked special questions about the impact of flooding and extreme weather on their business, as well as the effect of interest rate changes on their expectations for capital spending. About 29 percent of business contacts indicated flooding and extreme weather had negatively affected their business activity in recent months.

Most firms also indicated their capital spending plans have not been affected by the recent movements in interest rates. As a result of recent interest rate changes, only 7 percent of firms noted increased capital expenditures and less than 10 percent reported decreased expenditures.

“We had to close several stores for a few days here and there due to the weather. Also had to pay for employee hotels or Uber rides because they could not commute in the snow.”

“YTD 2019, we have experienced more than double the amount of normal bad weather days.”

“The weather has had a major impact on employees… from their commutes due to roads and bridges being out, to some losing their entire homes.”

“Some supplies had to be returned because of damage due to flooding.”

“Roads have been closed more often. First time in 23 years my delivery trucks delayed 3 times 2 days each time due to road closures.”

“Because the weather has been generally bad everywhere, that has caused some delays, which has been offset by lower demands. If we were operating with more normal weather, transportation would have been much more of a problem.”