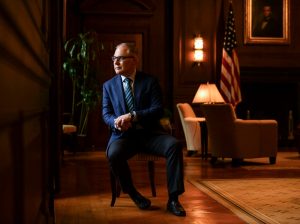 Nearly a year after Scott Pruitt resigned as Administrator of the U.S. Environmental Protection Agency, he is still hounded by the scandals that led to his departure.  The latest is a call by the EPA’s inspector general to have the EPA  recover “excessive” expenses by Pruitt.

The IG recommended the EPA consider recovering $124,000 in improper travel expenses.  Investigators determined that 40 trips taken by Pruitt during a 10-month period cost taxpayers $985,037 between March 1 and Dec. 31, 2017.

Most of the expenses were for Pruitt’s security detail which billed $428,896 in travel costs. Another $339,894 was spent on staffers who traveled with Pruitt.

What the Inspector General questioned was the $123,941 spent on Pruitt and a security agent flying in first or business-class instead of coach. The report also questioned some of trips Pruitt made to Tulsa where he has a home. Sixteen of the 40 trips examined by investigators were to Oklahoma.

The Washington Post reported the IG report also claimed that many of the first and business-class flights by Pruitt were approved “without sufficient justification.”