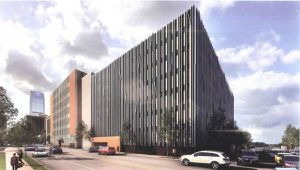 The official announcement has not been made by the Oklahoma Department of Environmental Quality, but the agency headquartered in downtown Oklahoma City plans to build an eight-story garage.

The Oklahoman’s Steve Lackmeyer reported this week that the DEQ made a request and presented plans to the Oklahoma City planning department. It intends to demolish the existing four-story garage that was built in 1957 and replace it with a new garage.

It will be located at NW 7 and Robinson which is north of the agency headquarters.

DEQ’s application must first be approved by the Downtown Design Review Committee.