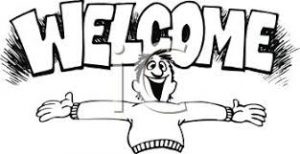 The creation of new restrictions on the oil and gas industry in Colorado this week could be good business news for those in adjacent states where there is also oil and gas exploration.

At least, it’s the belief of those who live in Wyoming, New Mexico and maybe even Kansas. They speculate that perhaps new restrictions in Colorado will force energy companies to take their exploration efforts to more friendly states.

Wyoming attorney Melissa J. Lyon wrote a piece for the National Law Review discussing the potential impact of the Colorado law in Wyoming. She is with the international law firm of Steptoe-Johnson and offices in Denver, Colorado.

With appreciation to the National Law Review, here is what she wrote:

It is no secret that Wyoming’s economy is heavily reliant on the energy and natural resources sector.  In fact, the primary forces behind the economy of the Cowboy State are mineral extraction, in the form of coal, oil, natural gas and trona, and agriculture.

Wyoming is an attractive place to do business due to state incentives like no income tax and low sales and property taxes; however, Wyoming may become even more of a hot opportunity state in light of the passage of Senate Bill 181 by its neighbor to the south, Colorado.

Colorado has recently taken serious steps to increase oil and gas regulation and revamp the make-up of the Colorado Oil and Gas Conservation Commission.  As Governor Jared Polis signed SB 181 into law, April 16, 2019, many are trying to anticipate the impact that the bill will have on the oil and gas industry in Colorado.  The future of oil and gas is uncertain, due in part to the significant reforms mandated by SB 181.  For a full discussion of the sweeping impacts of the bill, check out our prior post here.

I have heard several folks referring to Colorado’s SB 181 as “Wyoming’s Economic Stimulus Package.”  The comment has been said in jest, but it got me thinking…

Will the oil and gas industry shift more of its focus to the Cowboy State in the wake of SB 181?

There are several factors that support the theory that Wyoming will greatly benefit from Colorado passing SB 181, including:

Wyoming presents a favorable opportunity for the energy and natural resources sector to grow, but will the oil and gas industry shift its focus to the Cowboy State in the wake of SB 181?

It is likely that Wyoming will benefit from the passage of SB 181 in Colorado, but only time will tell if SB 181 will be Wyoming’s new economic stimulus package…stay tuned!