Oil and gas slow down affects Baker Hughes in 1Q 2019

While oil prices are lower, Continental Resources reports big increase in crude production from a year ago 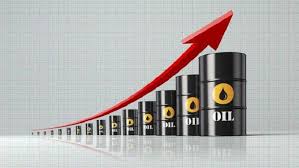 Continental Resources Inc. is reporting a 16 percent increase in total production for the first quarter of 2019 compared to a year earlier.

In a filing with the Securities Exchange Commission, the Oklahoma City company said it averaged 332,236 Boe per day and the production was 3 percent more than the fourth quarter of 2018.