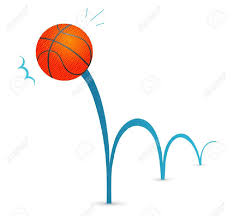 The ball’s back in Chevron’s court in deciding who might end up actually acquiring Anadarko Petroleum.

On Monday, Anadarko’s board said it had “unanimously determined” that Occidental Petroleum’s $55 billion cash-and-stock offer would probably be “superior” to the deal agreed with Chevron last week.

It would appear Anadarko is on course to take the Occidental offer.“The Occidental proposal reflects significant improvement with respect to indicative value, terms and conditions, and closing certainty as compared to any previous proposal Occidental made to Anadarko,” the company said in a statement.

In prior weeks, leaders at Anadarko had rejected takeover advances made by Occidental. That was before Occidental, one of the first largest U.S. oil and gas production companies offered shareholders $76 a share, far better than the $63 a share offered by Chevron.

Anadarko has already stated it will pay $1 billion to Chevron if it backs out of the deal with Chevron.

In response to the Occidental offer, Chevron issued a statement on Monday indicating it was standing by its previously agreed deal. And it refused to increase its bid.

“We believe our signed agreement with Anadarko provides the best value and the most certainty to Anadarko’s shareholders,” it said in a statement.

The Chevron-Anadarko agreement became the subject of scrutiny from US regulators on Monday, with the Security and Exchange Commission filing an order to seize assets of unnamed traders who purchased call option contracts — the right to purchase shares at a pre-agreed price — in Anadarko in the weeks leading up to the Chevron deal.

In a lawsuit filed in a federal court in Manhattan, the SEC said they sought the seizure as part of an “insider trading case involving one or more unknown traders” who made $2.5m in “illicit profits” by investing in Anadarko before their shares rose as a result of the Chevron bid.

Here’s what the deal would mean for Occidental Petroleum. It would give it Anadarko’s shale acreage in the Permian Basin of West Texas and New Mexico. It would also get assets in the DJ Basin of northern Colorado, not to mention assets in the Gulf of Mexico and a liquefied natural gas project in Mozambique.