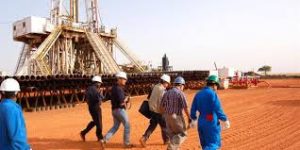 New state figures show most counties in Oklahoma experienced a drop in unemployment rates for February compared to a year earlier. And the state’s energy sector played an obvious important role in what happened.

The Oklahoma Employment Security Commission reports unemployment was lower in 73 counties, higher in three and unchanged in one county when compared to February 2018.

Latimer county in the southeast had the highest jobless rate at 6.5 percent while Cimarron County in the Panhandle was lowest at 1.8 percent. Dewey County had a 2 percent jobless rate while Love county in southern Oklahoma had a rate of 2.1 percent.

The Mining and Logging sector which includes oil and  gas employment saw a gain of 1,200 workers in Oklahoma City from February 2018 to February 2019. But the numbers stayed the same from January 2019 to February 2019 when 22,100 were employed in the industry.

Bartlesville, home to a major office of ConocoPhillips saw a drop in unemployment from January to February 2019. The rate dropped from 4.1 percent in January to 3.8 percent in February, more than one percent below the 4.9 percent reported in February of 2018.