Tinker Air Base projects up in air while Congress leaves town 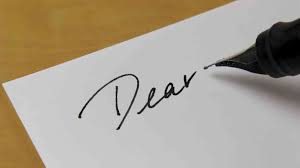 Oklahoma’s Representatives were not among them, but more than 30 House members sent a letter to President Trump urging him to keep up the pressure on Iran and not to renew exceptions for the import of Iranian oil.

“Your maximum pressure campaign has successfully sought to deprive Iran of its terror funds,” wrote the members of Congress. “We write to urge you to continue this campaign in full force. Doing so requires that your Administration not renew exceptions for Iranian oil exports.”

The letter stated that cutting Iran’s oil exports to zero remains a key and that Tehran benefits from the oil exceptions.

“These exceptions make it easier for Iran to fund terrorism that threatens not only the United States but our allies, including Israel.”

The Representatives thanked the President for designating Iran’s Islamic Revolutionary Guard Corps as a foreign terrorist organization but stated, “Tehran must be pushed further.”