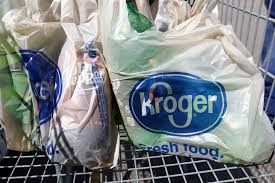 One of the bills signed into law by Oklahoma Gov. Kevin Stitt this week bans any municipal tax on plastic and paper bags.

Senate Bill 1001 was created after the city of Norman proposed a 5-cent-a-bag tax on plastic bags as a way of reducing pollution and litter.

The governor’s action was opposed by Norman Mayor-elect Breea Clark who told the Oklahoman newspaper, “At least he didn’t sign it on Earth Day.”

She thought  the bill was government overreach. Bristow Republican Rep. James Leewright authored the bill which takes effect 90 days after the legislature adjourns.

Another bill signed into law by Gov. Stitt amends an act relating to certificates of convenience and necessity issued by the Corporation Commission to telephone companies. A company cannot offer service without first obtaining such a certificate.

Senate Bill 881 now requires corporations requesting such certificates to provide notice by mail to all political subdivisions within the jurisdictional boundaries of the service area outlined in the application.