Tallest wind turbines in US going up in southern Texas

Full steam ahead for substitute railroad bill in Oklahoma legislature 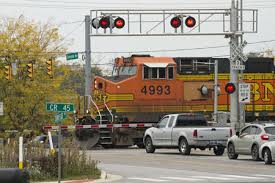 A  bill targeting rail companies for blocking streets and intersections in Oklahoma wasn’t derailed in the legislature as some believed this week. It just took a different form before a different committee.

After House Bill 2742 authored by House Speaker Charles McCall and Sen. Frank Simpson of Springer failed earlier in the week, they introduced a substitute bill which won approval in the Senate Rules Committee.

The 10-1 vote cleared the measure before the Thursday deadline for bills to be passed out of committees in both the House and Senate. The approval means the measure is on its way to the Senate.

The only difference with the substitute is that it lowers the proposed $10,000 fine of railroad operators to $5,000. The first version was killed by the Senate Transportation Committee after some legislators voiced concerns the measure overruled federal oversight of railroads.