Chesapeake’s annual meeting set for May 17 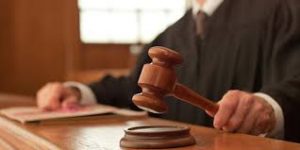 A Mississippi federal judge has ordered a nearly eleven-year fraud case against Entergy Mississippi back to a state court judge.

The case involves claims that the state’s largest private utility defrauded customers by not buying cheaper power form other generators. The state also demanded Entergy should repay up to $2 billion to customers.

But U.S. District Judge Carlton Reeves remanded the case back to State Chancery Court in Hinds County. State Attorney General Jim Hood had once boldly boasted he “finally had Entergy cornered” and vowed to recover the overcharges.

The judge’s surprise ruling came after the case went to trial a week ago as Entergy contended Hood’s allegations were issued for regulators to decide.

While we respect Judge Reeves’ decision, we believe that the Attorney General’s long-running, decade-old case against Entergy, if heard by any court, should be heard in federal court – and the Attorney General agreed with that on Thursday. We continue to believe that this subject matter is best handled by a regulatory body like the Federal Energy Regulatory Commission or the Mississippi Public Service Commission. As the past few days in Judge Reeves’ court have shown, issues concerning utility rates and multi-state power purchases are very complicated and require specialized expertise. Although the Federal Court ultimately determined it did not have authority to decide where this case should be heard, we are confident the Chancery Court will carefully consider where this case should be heard.

It is important to remember that our rates are among the lowest in the country and numerous audits of our fuel costs have affirmed that we treat our customers fairly. Entergy looks forward to the opportunity to defend its record and the record of our nearly 4,000 employees and retirees across Mississippi.

Lawyers for the unit of New Orleans-based Entergy Corp argued before U.S. District Judge Reeves that there’s little evidence that customers suffered any harm, noting rates were mostly lower than the national average during the 1998 to 2013 period at question in the suit. Entergy argues it bought plenty of power from outside generators, but said it needed to run some of its own older power plants sometime to keep electricity demand and supply in balance, even if that power was more expensive.