Key Energy to release financial results in early May 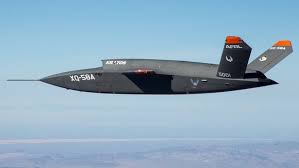 After moving some of its drone manufacturing to Oklahoma City, defense contractor Kratos announced plans this week for a new 30-feet long Valkyrie drone. It is a move that will mean more jobs at the Oklahoma plant.

“Kratos is excited to announce that Oklahoma will be the future home of the XQ-58A Valkyrie,” said Eric DeMarco, CEO of Kratos Defense and Security Solutions, Inc.

With Gov. Kevin Stitt and members of congress on hand during ceremonies on Wednesday, Kratos leaders also revealed six earlier drone versions called the Firejet were also manufactured in the Oklahoma City plant.

The Valkyrie is an improved model of the Firejet and will be built in the same plant located in the Will Rogers Business Park.

“We’ll be ramping that production capability up to as many as 350 Firejets per year n the short term,” said Steven Fendley, President of the Kratos Unmanned Systems Division. “As our production requirements go up, as our production contracts increase, we expect to need that space and we look forward to it.”

The Valkyrie is described as a runway independent UAV capable of long-range flights at high-subsonic speeds. It was developed in partnership with the Air Force Research Laboratory. Its introduction by Kratos means more than 350 employees will be eventually hired to make the UAVs at the Oklahoma City plant. 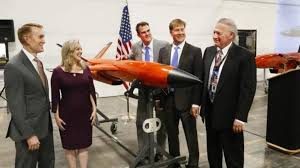 Gov. Stitt spoke at the announcement saying, “Oklahoma is proud to be home to a growing list of aerospace companies who are continuing to bring high-skilled jobs to our highly patriotic and educated workforce.”

Oklahoma U.S. Sen. James Lankford and Rep. Kendra Horn were also on hand for the announcement.