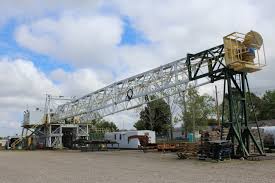 The nation’s oil and gas rig count has fallen below the mark a year ago according to figures released by Baker Hughes Co. of Houston. More rigs are in storage nationally and in Oklahoma.

In Oklahoma, the rig count slipped again, falling by 2 to 102. As a result for a second straight week, Oklahoma trails New Mexico where the rig count remained at 105.

Of the oil producing states, none saw an increase in rig counts. Texas slipped by two to reach 500 while Colorado dropped one to hit 31. North Dakota remained at 61 and Louisiana’s count dropped two to hit 63.

Kansas recorded 28 active rigs, same as a week ago according to the Independent Oil and Gas Service’s Red Top Rig Report. A year ago, there were 38 active rigs in Kansas.

The Eagle Ford stayed at 77 and the D-J Niobrara’s count slipped one to 29. The Williston remained at 61 working rigs.