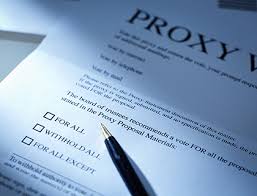 Devon Energy has filed its annual meeting proxy statement with the Securities and Exchange Commission.

The filing was made Wednesday in preparation for the June 5 annual meeting  that will be held at the Devon Energy Center Auditorium, 333 W. Sheridan Ave. in Oklahoma City. The meeting will begin at 8 a.m.

The company asked shareholders to vote for its recommended list of 11 nominees for the board of directors.

Fox and Rattie are new nominees that the company announced last month. Fox is President and CEO of Nine Energy Service Inc. in Houston. Rattie is the former chairman, president and CEO of Questar Corp., a natural gas-focused energy company based in Salt Lake City, Utah.

Devon board chairman John Richels said he would not seek re-election to the board at the upcoming annual meeting and plans to retire from the board at that time.

If the slate of 11 officers is approved, it will mean an expansion of the board from 10 to 11 and 10 would be independent directors.