Continental Resources to hold annual meeting May 16 in OKC 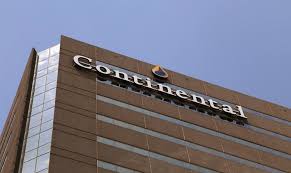 Oklahoma City’s Continental Resources, Inc. is preparing for its 2019 annual meeting of Shareholders to be held May 16 in Oklahoma City.

A Securities and Exchange Commission filing of a proxy statement  by the company showed the agenda includes the election of six members to the board of directors including company founder Harold Hamm. He’s been a director since 1967.

Berry has been a director since 2014 and previously was an Executive Vice President of Exploration and Production for ConocoPhillips Company.

Shelly Lambertz has been a director since last May and is the company’s current Vice President of Human Resources. She previously had been the Chief Operating Officer at Hamm Capital.

Lon McCain has been on the board since 2006 and was Executive Vice President and Chief Financial Officer of Ellora Energy when Ellora was merged into a subsidiary of Exxon Mobil Corporation.

John McNabb II has been a director since May 2010 and was chairman and CEO of Willbros, an international energy engineering and construction firm.

Before James Gallogly left the board to become President of the University of Oklahoma, he received $35,690 in cash. He did not receive a stock grant.

The annual meeting will begin at 10 a.m. on May 16 in the Skirvin Hotel.