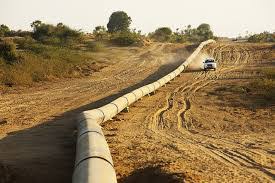 More details of Tulsa’s Williams company’s plans for a 187-mile long pipeline from central Kansas to Kingfisher, Oklahoma have been released.

It was in February when the company made known of its plans for the natural gas pipeline to be built with landowner notifications to be carried out soon. OK Energy Today reported it on Feb. 14.

Williams is in the process of seeking permits to carry gas liquids through the Bluestem  line to run from the gas-storage site at Conway, Kansas in McPherson County.Company representatives recently briefed Sedgwick County Commissioners in Wichita because the line’s route will take it through the Wichita suburb of Cheney.

Contractor Jay Vincent told county commissioners that pressurized gas liquids such as propane and butane will be carried in the 16-inch line. But he said most of it will be across farmland. He explained the pressured gas liquids are byproduct of natural gas production and the liquids are safer than an oil pipeline. 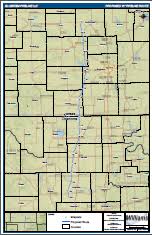 The line will originate at thee Mid-Continent Fractionation and Storage LLC’s facility in Conway. When it is finished, it will deliver NGLs to customers and the proposed pipeline system near Kingfisher.

Under the Williams timeline, the initial outreach and landowner notifications started in January while the civil and environmental surveys got underway in  February. Completion of the permitting process is expected in January 2020 while construction will begin in the first quarter of next year. Williams plans to have the Bluestem line operational by the fourth quarter of next year.

The Bluestem Pipeline project is required to obtain a number of permits and will undergo review by local, state and federal entities.

The proposed Bluestem Pipeline project crosses a number of waterbodies and wetlands that are under the jurisdiction of the U.S. Army Corps of Engineers (USACE), including two USACE Districts (Kansas City, Kansas, and Tulsa, Oklahoma). As such, the proposed Bluestem Project will be subject to the requirements of Section 404 of the Clean Water Act, which requires that a permit be issued by the USACE prior to the start of construction.

As a federal action, the USACE permit will require that wetlands and waterbodies be surveyed and mapped along the entire project route, and will trigger the requirements of other federal and state regulations, including those regarding species with protected status on the federal and state levels (e.g., the Endangered Species Act and Migratory Bird Treaty Act) and those regarding the preservation of historic and/or culturally significant resources (i.e., the requirements of Section 106 of the National Historic Preservation Act).

Surveys are also required along portions of the proposed route for habitat that could support listed species, as well as for cultural or historic resources.