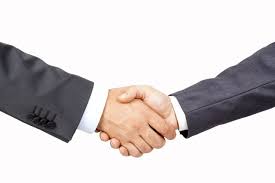 Tulsa’s Williams announced this week a $3.8 billion joint effort with the Canada Pension Plan Investment Board for midstream operations in the western Marcellus and Utica basins.

As part of the agreement, Williams purchased the remaining 38 percent in Utica East Ohio from Momentum Midstream and will take over operatorship. The acquisition was signed and closed on Monday. The Utica East operation is primarily involved in the processing and fractionation of natural gas and natural gas liquids in the Utica Shale play in eastern Ohio.

“Acquiring the remaining interest in UEO and forming a partnership with CPPIB continues to advance our already strong position in the Northeast,” said Alan Armstrong, president and chief executive officer of Williams. “These transactions create a platform for continued optimization and growth, provide deleveraging, reduce capital spending on processing and fractionation capacity for OVM, and unlock further synergies through combined operatorship of the systems.”

The cash proceeds to Williams from the purchase by CPPIB of its 35 percent interest in the joint venture will be used to offset the purchase price of the UEO acquisition, with the balance of proceeds used to fund Williams’ extensive portfolio of attractive growth capital and for debt reduction.

Closing of CPPIB’s investment in the joint venture, which is expected to occur in the second or third quarter of 2019, is subject only to customary closing conditions, including regulatory approvals.