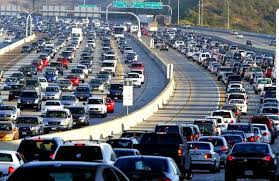 With a $9 billion transportation project backlog, Colorado legislators are talking of doing one thing to pay for it—-raising money.  And they are in the midst of debating how to do it.

The legislature will begin serious efforts next week to consider the challenge as it unveils a nearly $32 billion state budget.

“Coloradans are tired of sitting in traffic and dealing with a lack of transit options,” said House Speaker KC Becker.

Joining in the call is Sandra Hagen Solin who represents a coalition called Fix Colorado Roads.

“Coloradans have had enough and expect action from this legislature,” she said. Her group is working with Democrats who are in the majority in the legislature but they are wary of going to voters asking for new taxes.

Discussions include a possible fuel-consumption fee that would be charged on gas purchases separate from the existing gas tax.

There has also been discussions of a potential road-usage charge that would target electric vehicles and autonomous vehicles when they become fixtures on the road.