Mullin tells Green New Deal supporters—cool it with the regulations! 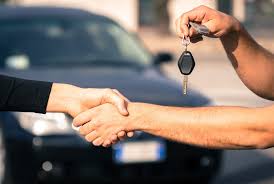 A bill to give Oklahomans credit for a vehicle trade-in overwhelmingly passed the State House of Representatives this week and was sent to the Senate. The bill’s author considers it a tax cut.

House Bill 2355 would grant consumers credit for vehicle trade-ins by taxing them at the net price of the vehicle they’re purchasing rather than the full price. Rep. Chad Caldwell, R-Enid, is the bill’s author. It passed on a 94-0 vote.

“This bill allows hard-working Oklahomans keep more of their dollars by providing what is essentially a tax cut for vehicle purchases,” Caldwell said. “Consumers who go to trade in a vehicle for a new one will only be charged tax on the cost difference after trading in, which allows them to keep more of their own money to put toward saving for the future or reinvesting in the economy.”

Caldwell said the bill is a reaction to legislation filed in 2017 to remove the sales tax exemption for vehicles.

“Given our state’s budget crisis at that time, the Legislature voted to do away with the exemption to bring in more money and help balance our checkbook,” Caldwell said. “Now our economy has improved, and we even have a budget surplus this year. I’m glad this legislation returns the tax exemptions we had in place several years ago, and I’m grateful my colleagues in the House voted overwhelmingly for this bill.”

HB2355 would also exempt trucks, truck trailers and semitrailers from sales and excise tax. Caldwell said this exemption would attract more outside businesses to Oklahoma and bring in more money to the state without increasing taxes on everyday Oklahomans.

“Currently, our state is losing money because large companies with numerous trucks in these categories used to get tagged in Oklahoma, but instead have gone to other states after we did away with the exemption several years ago. This hurts our tag agencies in rural areas and the communities they’re in.”