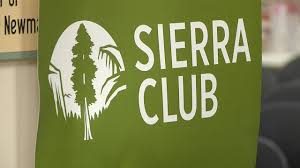 The Oklahoma Chapter of the Sierra Club is vowing to fight again next legislative session to get some Solar Energy bills passed in the House and Senate.

Leaders were disappointed after several solar bills died in this year’s legislative session.

“The Lobby group made a big push to get Solar Energy Bills passed by calling, emailing and visiting Legislators at the State Capitol,” said Sierra Club lobby co-chairs Adrienne Gautier and Pam Leader in an email update. “In the end, only one of the bills was heard and passed in committee. Unfortunately this bill was assigned to a second committee where it never got a hearing.”

The two vowed to be back next year to fight for the legislation.

The Sierra Club continues battling for and against other bills. two are related to the efforts of legislators to stop cities from regulating energy development within city limits. The Club contends they would cripple efforts of municipalities from protecting people from harmful pollution.

Senate Bill 1001 passed the Senate and was sent to the House. The second is HB 2150 which would penalize cities for imposing regulations on the oil and gas industry.