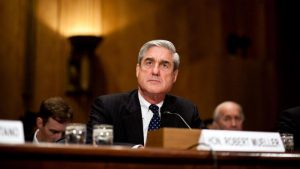 Since the investigation of Russian collusion by Special Counsel Robert Mueller took more than two years and at least $25 million in taxpayer’s money, we felt it was important to offer more comments from Oklahomans in Congress.

“After two years, two congressional investigations, more than 2,800 subpoenas, 500 witness interviews, and millions of taxpayer dollars, it is undeniably clear that there was no collusion between President Donald Trump’s campaign and the Russian government. The summary of the Special Counsel’s investigation, written by Attorney General William Barr, clearly validates what millions of Americans already knew and what the frenzied media and Democrats refused to acknowledge: that Democrats have lost touch with main street America and will push outlandish theories in order to discredit a President.

I hope the report will at last bring a close to the wild-goose chase perpetuated by Democrats so that we may finally focus on the issues that affect the lives of the American people.”